YAP Ireland is a registered charity and is signed up to the Charities Regulator Governance Code. This code outlines the minimum standards we should meet to effectively manage and control the charity. Good governance ensures that systems and processes are in place so that we achieve our charitable objectives with integrity and to ensure that the organisation is managed in an effective, accountable, and transparent way. The Board of YAP Ireland is responsible for maintaining YAP’s adherence to the Charities Regulator Governance Code. 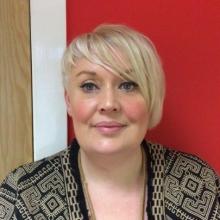 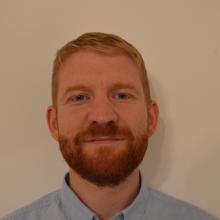 Barry joined the Board of YAP in September 2018. He is an educator in the Liberties Training Centre where he works with early-school-leavers from some of Dublin’s most disadvantaged areas.

Barry has a Diploma in Training and Education with NUI Galway and he is working towards completing his Degree.

In 2008, he started working in the Liberties Training Centre as a Catering Instructor. He now delivers a range of soft skills modules such as Personal Effectiveness, Personal and Interpersonal Development and Career Preparation, working with students who have experienced disadvantage academically, socially and economically. Through his role Barry works with his learners in community based activities and outreach programmes.

Barry is passionate about education, youth and community work. His experience of education, youth development and community engagement coupled with what he has learned through working intensely with early-school leavers, gives him somewhat of a unique insight into young people’s lives. He is now eager to use what he has learned to benefit other young people. 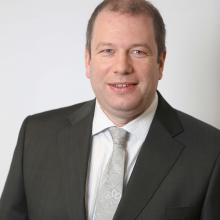 Philip is a qualified secondary teacher and taught for 10 years in Naas CBS and St. David’s CBS, Artane. He is co-author of Make It Happen – A Success Guide for Teenagers, Liberties Press, 2011. He holds an MSc in Computer Applications for Education from Dublin City University and an MBA from Warwick University.

Laura is the Child & Family Services Coordinator with Familibase in Dublin 10. Familibase operates three strands of service delivery which range from universal to intensive wrap around supports for the families and children in the community most in need.

Laura has over a decade’s experience in working with people presenting with multiple and complex needs and previous to working in Familibase has managed various Teams in Merchants Quay Ireland Homeless & Drugs Services, which included setting up the Community Recovery and Integration Supports (CRIS) Service in the East Coast Region, in conjunction with the East Coast Regional Drug & Alcohol Task Force. Before managing services, Laura had the role of case worker, directly supporting clients.

Laura holds an Honours Degree in Social Science, a Postgraduate Diploma in Addiction Studies, and a Masters Degree in Child, Family & Community Studies.

Laura’s professional interests are in the prevention of people requiring more acute services by providing robust supports in community settings. She has a particular interest in Child Protection and Support. 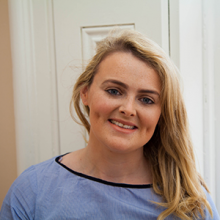 Danielle has worked with Mercy Law Resource Centre since 2016. In her role, Danielle looks after fundraising and communications for the Centre and also assists the solicitors with casework. MLRC is a registered charity who provide free legal advice and representation to those who are homeless or at risk of homelessness.

She graduated from University College Dublin in 2015 with a BA International in Politics and International Relations and a minor in Sociology and Social Justice. Following this, she served as a sabbatical officer from UCD Students Union (UCDSU), serving as Education Officer from 2015 – 2016. In this position, Danielle along with UCDSU represented over 33,000 students on a number of issues both nationally and locally.

She then undertook a Masters in Common Law in UCD, graduating in 2018. Danielle is currently a Barrister at Law Candidate at the Honourable Society of Kings Inns. Having a keen interest in both human rights and public interest law, Danielle has participated in a Model United Nations competition each year in New York, serving as the Director of the COP UNFCCC committee in 2019. Furthermore, she has an interest in education and education law and is a qualified trainer with the National Student Engagement Programme. 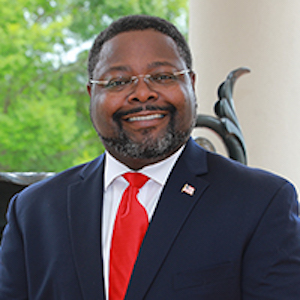 Additionally, he is a member of the Columbus Inns of Courts and was among the 2014 Columbus and the Valley Magazine Top 5 Under 40 Professionals, 2016 Rural Leader Magazine Top Professional Under 40 and 2016 Georgia Trend Magazine Top 40 Under 40. In 2018 Reese received the Urban League of Greater Columbus Trailblazer Award.

Teddy is also Chair of the YAP Inc Board of Directors. 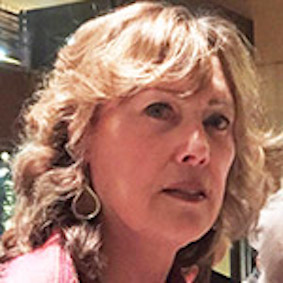 For more than 20 years Janet Lincoln’s professional and volunteer life has involved working with those in need, primarily children. Her main focus has been to provide support to youth in delinquency and dependency court cases. In her appointed position as Arizona’s Yavapai County Public Defender, Lincoln oversaw the defence of indigent criminal defendants, all children in delinquency court, all children with their parents in dependency court, and all persons involuntarily committed to mental institutions. She has personally served as legal counsel for hundreds of children in juvenile court. She was a supervising attorney for the Federal Deposit Insurance Corporation (FDIC), where she oversaw the legal division for litigation in the Western region of the United States. She has volunteered as a Court Appointed Special Advocate (CASA) and has also donated her time with Yavapai CASA for Kids Foundation, Yavapai County Juvenile Court Advisory Board, Phoenix Youth at Risk and as a mentor for juvenile delinquency court. 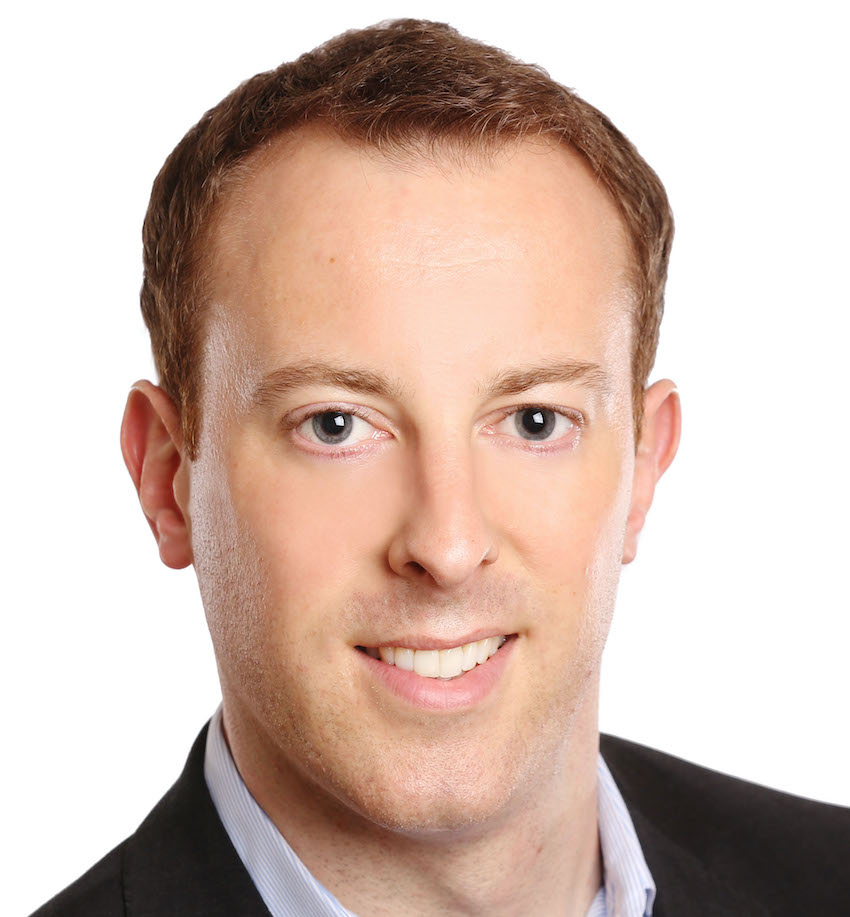 Gordon is the Chief Operating Officer at Softco, one of the most successful native Irish software companies. He has a wealth of experience in growing, scaling and leading teams in the software and SAAS space, with a particular focus on FinTech (financial technology) and on complex products. In the past 12 years, Gordon has worked in C-level roles within Polaris (now Topia), Vromo and Softco, leading diverse teams and taking responsibility for various areas of the business including Customer Success, Product, Delivery & Implementation, Customer/Technical Support, Engineering, and Finance.
Gordon holds a BComm (German) from UCC and a Masters in International Relations from UL. 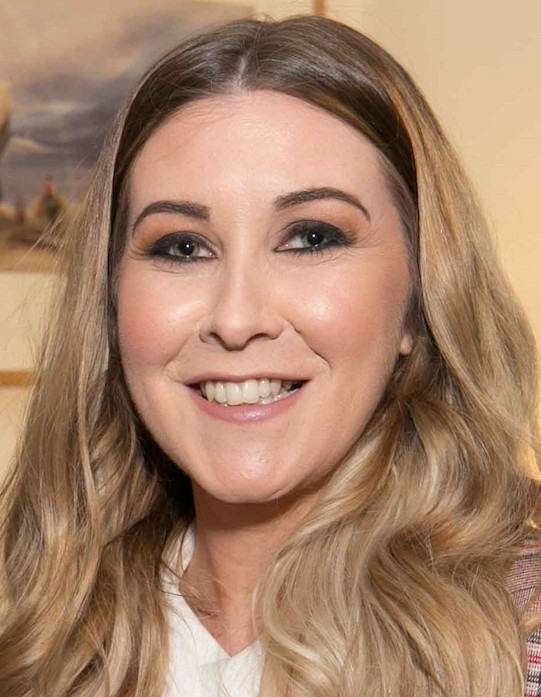 Eva was promoted to CEO in 2018 having held the position of Director since 2015. Eva is responsible for the overall strategic direction of Boardmatch, ensuring it achieves its objectives and continues to strengthen boards and make them more diverse. Eva is passionate about how boards recruit, engaging new audiences to volunteer on boards and innovative in the ways it can be done. She works with charities and not for profits of all sizes from all over Ireland assisting them improve their board composition, skills and the effectiveness of the board.

She introduced Ireland’s first Charity Trustee Speed dating event in 2018, a new and innovative way of facilitating the introduction of those wanting to join charity boards and the charities themselves. Eva is a strong believer in everyone having equal opportunity to access not for profit and charity board. In Boardmatch, the aim is to continue to break down the barriers between individuals and boards and change what a Trustee looks like. All this adds to boards being more diversity and more reflective of our communities to say leading to further impact in society. Eva has been involved at Committee level of the implementation of the National Volunteering Strategy and the Advisor Committee if the CRA governance Code.

The training and experience gained by Advocates through employment with YAP Ireland has long-term beneficial outcomes for you and your communities.

We use cookies to ensure that we give you the best experience on our website. If you continue to use this site we will assume that you are happy with it.
By clicking “Accept”, you consent to the use of ALL the cookies.

But opting out of some of these cookies may have an effect on your browsing experience.
Necessary Always Enabled

Any cookies that may not be particularly necessary for the website to function and is used specifically to collect user personal data via analytics, ads, other embedded contents are termed as non-necessary cookies. It is mandatory to procure user consent prior to running these cookies on your website.

Performance cookies are used to understand and analyze the key performance indexes of the website which helps in delivering a better user experience for the visitors.

Advertisement cookies are used to provide visitors with relevant ads and marketing campaigns. These cookies track visitors across websites and collect information to provide customized ads.

Save & Accept
Go to Top